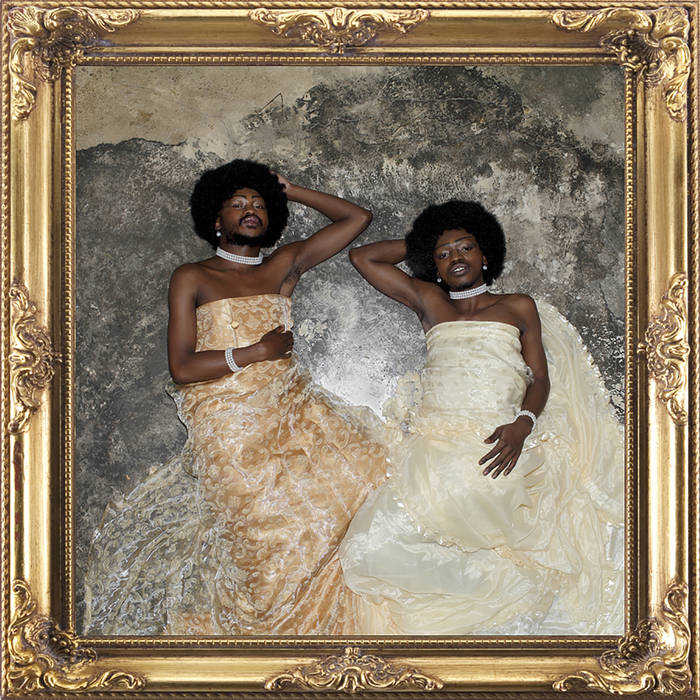 Nic Brown Gqom is the main Durban, (South Africa not Australia) equivalent of ghetto house genres such as kuduro and tarraxo that are currently ripping through the clubs of downtown Lisbon like wildfire. Thanks almost single-handedly to the hugely influential Principe imprint, these untamed tunes that sound like the producers were barely in control of their studios were like a tornado of fresh air whipping through a stale house/techno scene and, most remarkably of all, were often being created by DJs shy of their 18th birthday. For an introduction to its Durban equivalent "Gqom Oh! The Sound of Durban" is an excellent 18 track base-coverer but never in their wildest dreams did Lisbon leading lights DJ Nigga Fox or Nidia Minaj consider taking their sound, even at its most unhinged, to the twilight zone of avant-gardism that FAKA visit over the course of "Bottoms Revenge" which, if the sleeve notes are to be believed is 'a collection of Ancestral Gqom Gospel sounds FAKA has created over the past year'. Opening track ,"Isifundo Sokuqala" begins with some incomprehensible SA patois over a bed of hissing snares and tape static before a thunderous off-kilter kick drum joins the fray and the track suddenly descends into a surging psychedelic swirl. The 18 minute "Bottoms Revenge: Ibutho Lamakhosazana," is quite simply the most whacked out, deranged and every synonym under the sun thereof piece of ambient 'music' I have ever heard; a cocktail of white noise vortices, triangle tings, a woman intoning what sounds like "in thunder", snatches of slo-mo breakbeats and a plethora of unidentifiable sounds that suggest a poltergeist had a knob twiddling-session while the studio engineer was on his lunch break. Final track "Kgotso" ... oh what's the point? Only NON records would dare release an mini-album of such bizarre construction and I take my hat off to them. Or rather, I would if I was sure they wouldn't fill it with a mixture of old tractor parts and live puff adders to create a new musical instrument for a concept album about Inuit cheesemongering in the 15th century.
' Favorite track: Bottoms Revenge: Ibutho Lamakhosazana.

Very proud to share FAKA's debut EP 'Bottoms Revenge ' on NON WORLDWIDE. Download it via iTunes, Google Play, or stream it via Spotify and Apple Music smarturl.it/bottoms-revenge. It's a collection of Ancestral Gqom Gospel sounds FAKA has created over the past year.